Property Location
A stay at Leamington Hotel-Downtown/Port Of Miami places you in the heart of Miami, walking distance from Bayside Marketplace and Bayfront Park. This hotel is close to PortMiami and Vizcaya Museum and Gardens.

Rooms
Make yourself at home in one of the 84 air-conditioned guestrooms. Satellite television is provided for your entertainment. Private bathrooms with showers feature complimentary toiletries and hair dryers. Conveniences include phones, housekeeping is provided daily, and you can request irons/ironing boards.

Amenities
Make use of convenient amenities such as complimentary wireless Internet access, a television in a common area, and tour/ticket assistance.

Dining
A complimentary breakfast is included.

Business, Other Amenities
Featured amenities include a 24-hour front desk, multilingual staff, and luggage storage. A shuttle from the hotel to the airport is complimentary (available 24 hours), and a cruise ship terminal shuttle is also provided at no charge.

Hotels Near Leamington Hotel-Downtown/Port Of Miami 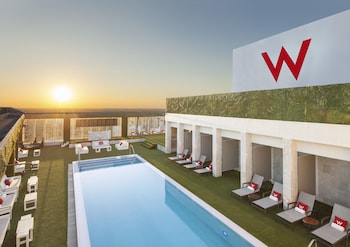